TATRA TRUCKS a.s. is one of the oldest vehicle manufacturers in the world. It has always been situated in Kopřivnice, a town in the eastern part of the Czech Republic, the Moravia-Silesia region.

TATRA TRUCKS a.s. has two subsidiaries – Taforge a.s. and Tafonco a.s. Its core production programme includes heavy-duty off-road trucks and vehicles for combined off-road and on-road transport which have been continuously improved due to increasing customer requirements. One important advantage of TATRA, a.s., not only in the field of development but also production capacities, is the high level of human potential.

The TATRA brand trucks are based on the TATRA vehicle design which has not yet been successfully copied by anybody. Heavy trucks from Kopřivnice are famous for their passability through the most difficult terrains in extreme climatic conditions, high reliability and excellent utility characteristics. TATRAs can adjust to bitter frosts as well as abnormally high desert temperatures.

Important commercial territories traditionally include Russia, the former CIS countries, Israel, India, the countries of the Arab peninsula, Australia, the U.S.A. and Europe. In addition, we should omit the domestic market, where the Army of the Czech Republic is among our most important customers.

The excellent driving characteristics and numerous technical and design innovations of TATRA vehicles have been verified through long-distance races over many years. TATRA crews have achieved the greatest successes in the famous Dakar Rally. 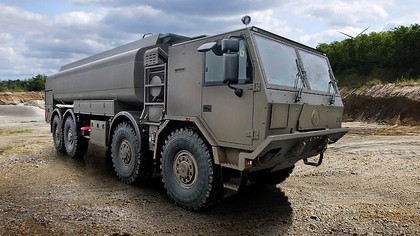 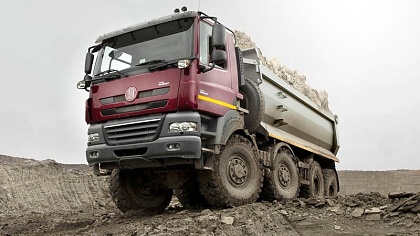 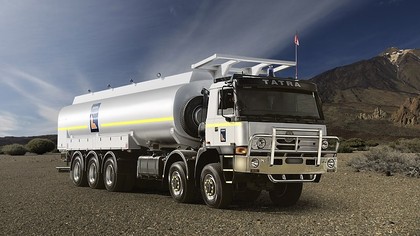 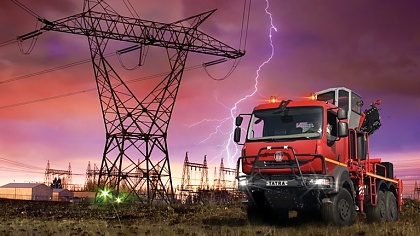